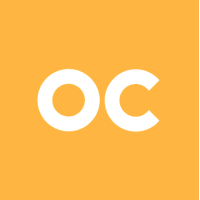 Is this your agency?

The average person receives 121 emails per working day. So working an average of 7.5 hours equates to 16.13 emails per hour to read assess the value and digest. It’s a noisy space for marketers to try and cut through that volume of communications. So having asked the opinion of some trusted marketing connections on […] The post D Mail or E Mail appeared first on Owen Comms.

Are API’s sexier than Jazz?

Imagine you have a bunch of great musicians looking to collaborate and produce the perfect song. But there is a problem, one is a classically trained pianist, another is a jazz player, one is a pop superstar… and one won The X Factor… I know, I know I mentioned the term great musicians in the […] The post Are API’s sexier than Jazz? appeared first on Owen Comms.

Traditionally, B2B marketing and sales teams have tended to work autonomously. As the lines blur between where the handover occurs between sales and marketing teams the role of account-based marketing becomes increasingly obvious. It really should be front and centre with marketing driving interest and enquiries and sales closing the deals. Focusing on the right […] The post ABM, It’s downright personal! appeared first on Owen Comms.

Is your data smart enough to win?

As we race to introduce more chatbots and marketing automation platforms, the desire to produce personalised content across multiple channels grows. Maybe it’s time to step back and ask if our data is smart enough to drive improved customer experiences. Technologies are becoming smarter with machine learning and the likes of IBM Watson and Adobe […] The post Is your data smart enough to win? appeared first on Owen Comms.

Behavioural economics on a new level.

There is a new revolution in AI that could soon make the role of marketing redundant. Based on new webcam technology search engines will be able to predict your next search request through clever tracking of your eye movements and relative pupil dilation. The software behind the new technology analyses your satisfaction with delivered search […] The post Behavioural economics on a new level. appeared first on Owen Comms.

Will conversational commerce put the ‘service’ back into the retail customer experience?

Whilst the internet opened up a new sales channel for retail brands, it left the personal touch of the customer assistant back on the high street, and retail brands were forced to rely on email as a poor substitute. Social media helped bring some of that real-time personal interaction back into the online customer experience, […] The post Will conversational commerce put the ‘service’ back into the retail customer experience? appeared first on Owen Comms.