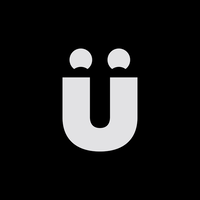 Is this your agency?

Move 78 approached us looking for a film for their client Boson Protocol. Their revolutionary concept involves “Launching physical products in virtual worlds”, “Connecting the Metaverse with the Universe”. In other words, Boson Protocol are building a network to enable players to purchase physical goods within a virtual environment, as NFTs. That way a player can own these products not only in the digital world, but also can redeem them in real life! The brief was to create a teaser film to advertise the launch of their new concept to excite both the gaming industry and retailers, to entice them to join and become one of the forerunners in the bridge between retail/commerce and the digital world. Client: Boson Protocol Agency: Move 78 Director: Andrew Gooch Production: Ultra Studio Animation: Ultra Studio, Matt King DOP: Dan Keeble Producer: Lily Streames Gaffer: Nathan Matthews Spark: Christian Smith Make Up: Katie Harrison Runner: Marcus Wood Cast: Elin Amos, Samuel Oborne Typography: Shahpour Abbasvand Output: Social, Website, Digital billboard Ultra Studio were involved from the initial concept through to production. We took inspiration from a number of film and TV references such as Stranger Things and Ready Player One, but it was decided that we’d primarily like to pay homage to TRON: Legacy, in particular referencing the mirror scene where Flynn creates Clu, symbolising the birth of the real world crossing over into the digital world, and vice versa. We created the film with both a male and a female model allowing us to interchange between them. We were conscious that the future is for everyone, and the digital world shouldn’t be limited by race or gender. We wanted to create, a black environment similar to ‘The Void’ in Stranger Things and had to explore reflective flooring options that would create the mirror effect we were looking for. We initially considered using water but settled on a very effective high-gloss vinyl which worked perfectly. The CGI elements were created at the Ultra Studio. As the launch was to take place within the digital world of Decentraland, we created animated avatars of the models, based on the aesthetic of the Decentraland characters. It was a challenge trying to adhere to the low-poly style whilst trying to make it feel like a premium quality film but we feel this was achieved by making sure the textures were hi-res and by using sub-surface scattering on the skin. We worked closely with he development team to use the same environment found in Decentraland, working with the models provided to us. During the production, the feedback we were receiving was really positive. This lead to our output expanding and the opportunity to create more for Boson. We created a series of Teasers, Youtube Ads, as well as content for the digital billboards in Time Square, New York City.

We collaborated with The Crown & Co. to produce an explainer video for the online stock trading company - CMC Markets. The 90 second film was to be used on CMC’s website to help inform their clients about a new technology that they have recently developed to give prospective investors added confidence with regard to the methods CMC use to manage their stock portfolios. Client: CMC Markets Agency: The Crown & Co. Animation: Ultra Studio Edit: Ultra Studio Sound: Provided by Crown & Co Output: Website The challenge from a design perspective was to convey a complex concept in a simple way for all viewers to understand, whilst also representing this ever-shifting, intangible subject matter of financial data in a visually interesting and engaging way. The Crown & Co. came to us with a clear direction: They wanted us to recreate CMC’s functional rotation graphs to have the appearance of galaxies with spinning planets - each moving planet representing an individual stock’s ‘momentum’. The chaotic and often confusing data on the graphs was to be illustrated in a cleaner way with a more stylish aesthetic and together with the voice-over explanation, (recorded by one of the company’s founders) their method was made very easy to follow. The graphics were created in Cinema 4D using MoGraph. There were many iterations produced to ensure that the timing was perfect.

We were asked to work once again with Brands Applied, this time for a US client called Igneo. They wanted a short film to use on the homepage of their website, which promotes and informs about their growing, innovative business in the field of sustainably recycling E-waste. Client: Igneo Agency: Brands Applied Animation: Ultra Studio Edit: Ultra Studio Output: Website Igneo invented a better, greener way to separate and reclaim precious metals from unwanted digital devices or ‘E-waste’. Not only does this reduce the need for the redundant gadgets to go to landfill, it also yields a great source of gold, silver, palladium and copper - raw materials that are used in the manufacture of the new generation of technology, such as smart phones. The looped film that we created shows digital equipment (a phone, laptop and camera) fragmenting into coloured pixels which fall away off-screen. These pixels are coloured in copper, gold and silver hues which contrast with the dark monochromatic background and represent the reclaimed precious metals in their elemental form.   We also experimented with a fully 3D approach.

New Balance teamed up with Hong Kong artist Zoie Lam to create playful illustrations to celebrate pride month. McFaul+Day approached us to produce a 20 Second looping animation, that could be played in stores.  Client: New Balance Agency: McFaul+Day Animation: Ultra Studio Output: Social McFaul+Day specified that the printed fabric was to appear as if it were billowing in a gentle breeze, creating a beautiful abstract animation. The intention was to cut between close-up shots of the fabric, whilst also changing the intensity of ‘the breeze’: The combination of which was to produce a mesmerising/hypnotic effect of the rippling new print.      We first recreated the cloth in cinema 4D, using the illustration of the print provided. We paid close attention to detail to make the cloth weave within the model match the actual fabric texture as closely as possible. We used X-Particles to build a cloth simulation and then used displacement to add micro ripples for additional detail.

We have always found a studio space the best environment to be creative, and focus on client and personal projects. We designed our studio space for just this purpose, and refurbished the studio with this in mind. Based 40 mins from central London, in the centre of Leigh-on-sea, we occupy the top floor overlooking the Thames estuary with panoramic views. The space comprises two studio rooms, a library / cinema room and separate kitchen, as well as a roof terrace (coming soon). We offer desk space for fellow local designers, with a dedicated room for rented desks. It’s a great way to network with other creatives and we’ve been able to share ideas and even work together on some projects. Anyone renting a desk from us has full access to the separate kitchen area and library / cinema room.

Naran is an exciting new hyper car, that delivers custom designs for its clients. Alongside Foxtrot Papa we created this teaser video for the launch of the their latest Hyper Coupe. The idea was to reveal the lines of the car in an elemental and dynamic way. Breaking the car out of a solid piece of rock reflected the hand crafted beauty, and brutal performance of the car. Client: Naran Automotive Agency: Foxtrot Papa Motion design: Ultra Studio Output: Launch Event The film was made using Cinema 4D and after effects. The environments and effects were all bespoke and created in CG.

Trustonic develops and builds security technology that protects data and applications for smartphones, connected devices and vehicles. Brands Applied were developing Trustonics new website which they wanted to bring to life with animations and imagery. We needed to communicate clearly the important role Trustonic’s software plays in our everyday devices, and how this is intrinsic to the devices function at a deep level. Client: Trustonic Agency: Brands AppliedMotion design: Ultra Studio Output: Website

Mcfaul+Day approached us to work with them on the launch campaign for the new New Balance 237. The 237 is a modern day tribute to the brand’s signature silhouette for the 1970s. The design of the animations needed to represent this, as well as be consistent across all of the various colour ways. The project consisted of two parts, a hero film showing the shoe coming together, and 6 shorter animations for the various colour ways. Working with the team at Mcfaul+Day we created a retro feel, that has a modern glitchy twist to it. The warping in the animation is a custom effect we created that emulates a warped piece of glass moving in-front of the camera, creating distortion to the shoe itself, as well as bending and splitting light. Client: New Balance Agency: McFaul and Day 3D Scanning: Ultra Studio Animation: Ultra Studio Edit: Ultra Studio Sound: Spark + Rumble Output: Social The shoes were all filmed on set by filmmaker Richard Luxton. He used a track to keep a consistent movement in and out of each shoe. We smoothed out the movements and time remapped them to get the exact zoom in we wanted. Whilst on set we took the opportunity to capture HDR images of the lighting and environment to be used as lighting for the CG sections. For the hero film we photo-scanned the trainer. This required us to photograph the shoe from as many angles as possible to build a complete picture. We then used Agisoft Metashape to complete the photogrammetry process. From this we generated a model that was highly accurate, but had a very dense mesh. In Cinema 4D we used this model as a base shape to rebuild all the parts, panels, and stitching of the shoe. We could then pull the shoe apart and animate it coming back together. To light the shoe we used a HDR image we captured at the shoot, and used custom materials to texture the shoe as accurately as possible. We rendered the film using Arnold render, and composited everything together in Adobe After Effects. We worked with a team at Spark + Rumble to develop the sound scape and effects.

We worked with Superunion to create and animate 3D assets for an ad campaign promoting Vodafone as the sponsors of the Porsche Formula E team. The concept was to create a stream of multiple lights representing the speed and innovation of Formula E. Superunion were keen to use track data from the cars to build the movement of the lights and create them to look like parts of the track. We were used the speed telemetry data to influence the thickness of the lines. We modelled sections of the track, and flowed the lines over these models with the data to arrive on the look we have achieved. Client: Vodafone Agency: Superunion Motion Design: Ultra Studio Output: Promotional materials We created assets to be used across TV for transitions, as well as for print media. We created this large image with the intention that it could be cropped into, to create variety for the different print media it was used across. The time-lapse below shows part of our process for creating all of the assets, and different techniques we tried when using the telemetry data.