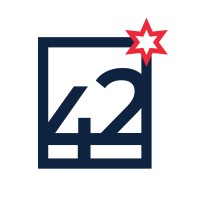 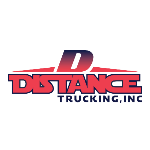 This client has confirmed Distance Trucking as their marketing agency.

To those who courageously gave their lives, and to those still fighting today, thank you for your service. . . . . #Distancetrucking#trucks #trucklife #truckdriver #distance #trucking #bigrig #trucknation #remember #memorialday #honor

Being part of the Distance Trucking family comes with plenty of perks! We highly value safety and efficiency in our transportation services, which is why we award bonuses to those who go above and beyond in ensuring these traits! Drivers Benefits - Up to $.70/mile for experienced drivers - Trainers receive additional compensation - $1500 Weekly pay guaranteed! - Class A CDL required plus Double Endorsement - Bonus $300.00 for safety effort, paid weekly - Weekends home! - Health Insurance - Worker’s Compensation Insurance - Paid vacation two weeks after 6 months - "Per diem" included in weekly payroll - Paid weekly with direct deposit - Paid training for drivers "out of truck driving school" - New Volvo truck with automatic I-shift - ELD, GPS - Uniforms Apply today! https://bit.ly/3m3Cz8J 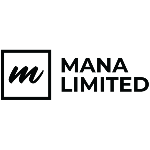 This client has confirmed MANA Limited as their marketing agency. 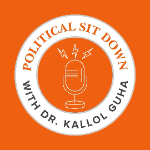 This client has confirmed Political Sit Down with Dr. Kallol Guha as their marketing agency.

Once again farmers of India are out on the street protesting against three Farm Bills that the BJP Government has enacted in great haste. Government and their patronized mainstream media want people to believe that these bills are designed to ensure the growth and prosperity of all farmers of India. The fact that farmers are fiercely opposing this bill, Government insists that is because the opposition is misleading farmers and Government wants to explain why their bill is farmer-friendly. This implies Government has taken it for granted that 350 – 400 Farmers organizations all over India, who closed ranks to fight against these three bills, are unable to understand what is good for them and what is not. . . . . #IndianPolitics #politicalclimate #India #policy #effects #education

In 2017 I visited Kolkata to find institutions that are trying to promote entrepreneurship development among local youth and the scope of financially supporting such projects. Following considerable legwork, I was referred to Goenka College where this type of scheme, reportedly is in place. The principal of that college - after cordially receiving me and patiently hearing that I am intend to offer financial support in the Entrepreneurship Development Program, he advised- “ Do not waste your time here. Banagli youth look for jobs. They do not want to engage in business. Perhaps UP or MP might offer a better opportunity for you”. Minister Mr. Sisodia’s narrative on promoting Entrepreneurship is an anomaly and might even be opposed in the context of Indian politics. . . . . #IndianPolitics #politicalclimate #India #entrepreneurship #policy #effects

For the first time since 1947, a new player has emerged on the political scene of India. They have the qualities required to infiltrate into the power structure at the center. So far they are making an honest effort to live up to their commitment to the underclass with visionary leadership. They are taking steps, as far as possible, to curb omnipresent corruption and crony capitalism in India.

Five years ago As AAP formed Government in Delhi and as they started to make their plans and programs public, main stream media almost instantly launched counter attack against AAP accusing them of deceiving people by creating a corruption free dream land where world class education, healthcare, Government services, infrastructure, women’s security will be installed without fail. It is for all to see that five years achievement of AAP rule despite fierce resistance from powerful quarters and above all from state apparatus including Delhi High Court and Presidents office is no small achievement. AAP has the vision and mission, honesty, organizing capacity, and strength of leadership to achieve all they have promised.

07 December 2020 Tit-Bits: 91 – 736 Word analyses How the human creation of Trauma – Depression of fear and threat are delays independent statehood to ensure sustainable Development and United Nations in achieving Sustainable Development Goals 2030? The denial of earlier Governments on human rights on natural processes or socioeconomic demand made by Ethnic and Religious groups in Conflicts is bound to live under Trauma – depression in fear and threat due to Social or economic inequality on dependency in the lack of moral requirement of Transparency. The sections of such people under Trauma - depressed state is continuing to live mostly in full range of emotional experiences that do not much bothered about moral experiences. The lack of moral experiences among such section of people who live under Trauma-depression may not cooperate with the reformer’s reformation process towards transparency. Such state of non-transparency is delay independent statehood that ensures sustainable Development like Delhi in India and Sustainable Development Goals 2030 of the United Nations to stand still for an indefinite period. The full range of emotional experiences by the section of people who are under Trauma-depression is fully attracted by Media and entertainment sectors which cherish with accountable and unaccountable wealth where the reformers find difficulties to conduct the reformation process and become whistle blowers. If the present Government in ongoing Famers demands Nov-Dec 2020 at Delhi don’t revoke the new three farms act that the farmer population shall kept under Trauma – depression in fear and threat to suppress future Government and events. In this manner, that the diversity and civilization are getting delayed through the ages due to transfer trauma-depression of fear and threat from the past with a full range of emotional experiences to suppress moral experiences of the population living at present. That is the reason more and more Emotional suppressors arose in the polity to suppress moral experiences with poor agenda setting and fail and join as coalition partners in Indian polity to run Government in fear and threat and suppress human population in Trauma-depression to continue in promoting Inequality and deprivation. Most of the Human policies are failing and failed on Earth during agenda setting and brought the human population to live under Global warming and COVID 19 menace as of now. The same way that the act of agenda setting with poor mental reflection, experience of coalition Farms committee without knowing the internal environment of the farmers is falsely set agenda on three Indian farm laws. The agenda brought farmers under employee behavior as the task force basis of hire and fire like in corporate culture which exploit both human and natural resources. But, farmers are Natural elements on husbandry who need to be governed by the Governments to maintain Natural process and greenhouse effect as done all these years by farmers. Now, whose duty is to protect such farmers and greenhouse effect? Government or Corporate to answer at the United Nations submit meeting while begging for a permanent seat at the United Nations Security Council with the daydream of veto power? Here in India, the agenda setting by the Farm committee of coalition Government on three farms law is failing and failed. Look at the reflection of the external environmental agenda by farmers conducting peaceful agitation against on farm laws sitting on roads and proved as they are Natural elements. Very few extraordinary people in the world set the agenda and a make policy, conducting door to door campaign on transparency and bring changes in socioeconomic structure and improve the environment which erases trauma-depression of fear and threat among human populations to prosperity. Therefore that the setting agenda and policy making process in a Nation and United Nations needs to enhance in protecting natural process & greenhouse effect to overcome trauma-depression among human populations. The human population without trauma-depression of fear and threat is rebuild healthy societies for environmental up gradation to expedite independent statehood, to ensure Sustainable Development and United Nations Sustainable Development Goals 2030 without fail and delay. The author did not bother about those who reject this analysis. But, Indian population need to be prepared to face the raising Inequality and deprivation at sky high and grow cheap humanity to be in an undeserved position at the United Nations Security Council as a doomed Nation without veto power in the future, if the Indian three farm law 2020 are not revoked against Natural process to improve humanity. Thank you for reading, The truth prevails! By Anandaraj Karunakaran-Ex.Navy Author, From the desk of Aam Aadmi Research & development program, Kumbakonam, 612001 Email: a_karuna@live.com NGO is in Special Consultative Status with the Economic and Social Council of the United Nations [Childcare consortium –CCC] 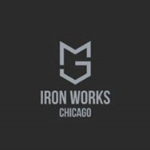 This client has confirmed MJ Iron Works as their marketing agency.

Chicago is home to some of the most skilled metal fabricators and welders in the industry with an extensive history to support it. Click here to read more about a brief history of metalworking and welding in Chicago! https://bit.ly/2TIqeNf . . . . #ironworks #iron #ironindustry #steel #blog #article #smallbusiness #chicago #chicagoiron #historyofchicago #history #themoreyouknow #Metalworking #Welding

Happy Memorial Day to all those who courageously gave their lives, and to those still fighting today, thank you for your service. . . . . #remember #memorialday #honor #ironworks #iron #Chicago #smallbusiness #chicagoland #ironworks #chicagoiron #familyowned

What better way to welcome the warm season than to have an inviting railing to compliment your porch! Call MJ Iron Works today to craft a detailed piece that will make your porch the hot spot this summer 💛🌞💛 . . . . #ironworks #iron #railing #summer2021 #summer #thosesummerdays #porch #home #Chicago #homeimprovment #chicagoland #ironworks #chicagoiron #familyowned 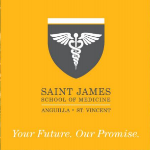 This client has confirmed Saint James School of Medicine as their marketing agency.

Today's the day! Join us at 1 pm CST as we celebrate our graduate's resistance and dedication throughout this past year! Click here to view the event via YouTube https://bit.ly/3ge5KTM . . . . #graduation #ceremony #congratulations #SJSM #medstudent #Caribbean #Caribbeanmedicalschool #premed #premedstudents

Try your hand at this USMLE prep question and comment on what you think the correct answer is below. Check-in with us next Thursday at 4:30 pm CST for our Facebook Live conversation to break down this week's question with Dr. Russell Heckburn, one of our amazing new USMLE counselors! . . . . #USMLE #studentresources #question #medstudent #SJSM #examprep #live #facebook #youtube #whatdoyouthink

We are so very proud of our graduates and the great adversity they have shown throughout this past year. We can't wait to celebrate all of your hard work with you and your family on June 5th as we stream this year's graduation ceremony. Click here to learn more about our virtual graduation https://bit.ly/3pgtQBr

Graduation is a momentous day that seems to fly by in a blink of an eye. And while we may not be able to honor all of your hard work and dedication in person, we will continue to celebrate and support your dreams of becoming doctors. Here are a few inspiring words from Jennaire Lewars to his fellow graduates! Click here to read more https://bit.ly/3fMt7UB