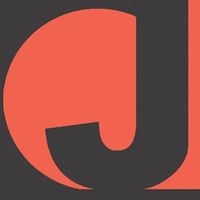 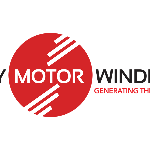 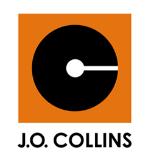 In February 2015 we contracted with Jaimee Designs to create, implement, and operate our new Studio website for the price of $3000. We agreed to a payment plan with payments being made related to progress on the website creation. Jaimee created an absolutely beautiful website, for which I wrote a glowing review based upon its appearance and content. As progress was made toward completion of the website, we made our progress payments with $550 being the final payment upon satisfactory completion of the site. All was completed EXCEPT for my explicit instructions for construction of the registration component, for which I had provided the model form from Jackrabbit, our Studio services software provider, who handles our scheduling, accounting, and fee payment operation. I kept telling Jaimee that her design process was convoluted and new families could not understand how to walk through it to register for classes. By June, I had come to realize we were getting NO online registrations and were told by families that they could not get through it. When I told Jaimee that I could not pay the final payment until it was corrected because our business was greatly falling off and no one could register, she continually told me she would do nothing else to the site until paid and further work would have to be contracted for a monthly fee. At that point we also needed to load new faculty members and could not do that to start our new year. We were left with an unusable website and uncooperative designer. I reached out to our web host, Deluxe, who informed me that they could not access our web file, but could rebuild a website for us. For less than the $550 and monthly service fee the same as our web hosting fee (which we were already paying), Deluxe built my site, which I can manage and update from my desktop, and they provide 24/7 phone tech support if I have a problem. They built the entire site from scratch in 3 weeks and worked with Jackrabbit to plant our registration as we needed. To our surprise, the tech folks at Jackrabbit told us that Jaimee had not worked with them, but if she had, THEY WOULD HAVE CONFIGURED THE SAMPLE WEBSITE REGISTRATION I HAD GIVEN HER AND DROPPED IT INTO OUR SITE FOR HER! She had apparently never attempted to resolve our problems in her design work and had cost us online business for months! In the end, we had to ditch Jaimee’s website and replace it with Deluxe’s. I had considered paying her off and told her I would consider the payment, but because she never actually completed the work , her website had to be ditched, and we verified from Jackrabbit that Jaimee had not fulfilled her obligation with them to solve our problem, we considered her contract breached by her and ended work with Jaimee Designs. I had determined not to hurt her by pursuit but, since she posted a negative review over payment on my Studio page, I have no choice but to respond through review of her service and Better Business Bureau complaint.

Great company did a wonderful job on my website for Purple Village....Thank you! I enjoyed working with you all, you all are awesome!

Talented staff and quick turn around. Very creative, professional and the most important , Effective.

The staff are excellent...skilled and knowledgeable and a pleasure to work with.

Being the computer novice that I am, I knew I was going to need a professional to create and manage a website for me. David Delk, owner of ABC Rental, suggested that I try Jamiee’s Designs. I did. And that has been a decision that I’ve never regretted! She and her talented staff are quick, professional, and above all–polite. Those qualifications mean a lot to me, especially in today’s business world of dog eat dog. So, don’t get eaten! Let Jamiee and her staff do their magic. I know you won’t be disappointed! Anthony Kalberg

My website was in a bad state when I hired Jaimee Designs. They were able to understand what I needed to be done, and their recommendations were great. Jaimee and her staff made the website functional at a level that reflects my present work. I'm very happy with the changes and improvements to my website. I wish I would have hired Jaimee to build my website in the first place!

Jaimee's work is incredible and she is beyond professional!

ABC Rental had a dull, boring website that wasn't bringing in any customers. Jaimee and her design team were recommended to redesign the site and when it was finished, we debuted a beautiful website...exactly what I wanted.

At Starfish Cafe our menu is the introduction to who we are, so we placed our trust in Jamiee Designs Web Studio. They created a professional, trendy, and inviting menu that exceeded our expectations. They completed the project timely and are a delight (and fun) group to work with. You will be blessed!!

I have been very pleased with the services

David Slatten at Jaimee Designs is great to work with. We may not be the easiest client to work with as we have several of us offering input and he manages to please us all. Jaimee Designs has done a terrific job for us with advertising, web design and radio spots. We highly recommend them!

Easiest companies to work with!

Amazing work from an amazing team. We would and have recommended them to friends and will continue to do so.

Very satisfied with our website build. The guys at JD Web Studio are easy to work with, make the experience simple, and their communication is top notch!