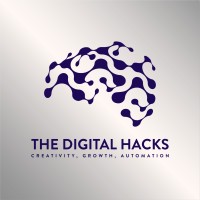 The neuroscience of emotion has been under study for decades. 🧠💞 🐁The first experiment ever reported on the subject it’s in 1950 conducted by Old & Miller. The two scientists placed some rats in a Skinner box, which after receiving the first intentional electrical stimulation, could self-stimulate themselves via a lever. After some time, the scientists noticed that the rats died from inflicting up to 200 stimulations while stopping any other action, including eating. What was happening to the animals? The scientists concluded that the animal felt such intense pleasure that it gave up its survival instinct. Repeating the experiment, Old and Miller reached a point where the rats hid, feeling the electrical stimulus. They concluded that the animals felt psychological pain and named this part of the brain as the brain’s punishment centre. Science then take its courses, and only in 1965, we did see a practical example where marketing applies concepts of the psychology of emotions. The Coca-Cola vs Pepsi experiment is probably one of the best-known marketing campaigns in history. The experiment showed that users of the two drinks (without knowing which one was each brand) chose Pepsi, and when faced with the evidence, they followed by saying that the one they preferred was Coca-Cola. This phenomenon is explained by what is called Cognitive Dissonance, the mental distress that comes from the conflict between reason (mind) and emotion (body). In this case, the participants’ brains create emotions and memories related to the brand and the latter overcome product’s taste. So they consciously choose Coca-Cola, while first unconsciously and emotionally, their first bodily reaction was to choose Pepsi. To better understand what happens during a decision-making process, we need to take a moment into the brain anatomy... Read the whole article on @thedigitalhacks #blog 🗞 #cocacolavspepsi #neuromarketing #neurosciene #emotionalmarketing #branding #brandemotions #brandingemotion #brand #oldandmiller #consumerbehaviour #marketing #digitalmarketing #thedigitalhacks #marketingagency

#Apple has leapfrogged #Google and #Amazon to be crowned 2022’s most valuable brand, according to the Kantar’s BrandZ 2022 Top 100 ranking. Via @marketingweek https://www.marketingweek.com/apple-amazon-google-valuable-brand/